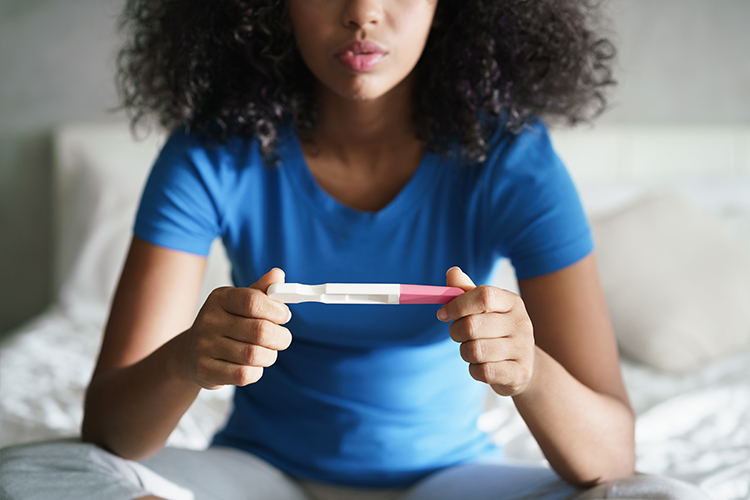 What is a Phone Medical Termination of Pregnancy (TeleMtop)?

This procedure is not available in SA, WA or the ACT.

Abortion at home using the Abortion Pill, is a safe and private way to terminate a pregnancy.

You don’t need to visit our clinic. We will organise blood tests and an ultrasound near where you live. Once the results are back and you are ok for the abortion pill you will speak to our doctor.

We will post the abortion medication which can take one to three days to be delivered. You can then proceed with the termination in the privacy of your own home. Throughout, you will be able to speak to our nurse or doctor if you have any concerns.

A medical termination is one where the woman takes two different drugs (mifepristone and misoprostol) that will end a pregnancy of up to nine weeks in a similar way to a miscarriage. These drugs have been used widely and safely on millions of women throughout the world, including France and China, UK, Sweden, USA and New Zealand. Mifepristone has been approved for use by specialists in Australia since 2009.

In 2009 Dr Sue Brumby was granted permission to use mifepristone. Misoprostol has been approved to treat stomach ulcers in Australia. It is widely used in Australia and overseas in termination clinics.

How Does it Work?

Most women will have a miscarriage anytime up to two days after misoprostol has been taken. This method is 95% successful at terminating the pregnancy and may be used up to and including pregnancies of nine weeks duration. The earlier the pregnancy, the more successful the drugs will be.

It is essential to get a blood test in one week to be sure the pregnancy has ended.

Some patients are not suitable for a phone medical abortion. Your pregnancy needs to be no more than eight weeks from your last period. There are other problems that can exclude you from having a telemedicine abortion.

If you have any of the following conditions you CANNOT have a telemedicine abortion (MTOP):

How do I make an appointment for  a TeleMtop Abortion?

Let us know if you have any allergies.

After the phone consultation, if you decide to go ahead, there will be a non-refundable deposit of $100. We will send referrals to your local pathologist for blood and urine tests, and an ultrasound.

Once we have those results, and there are no problems, we will make a time for the doctor to speak with you, and we will charge the balance of the fee.

The medicine will be express posted to you. We will give you the tracking number so you can check arrival.

2.  If you are nauseous or vomiting from your pregnancy take one Odansetron wafer by putting it on your toungue where it will dissolve. Wait 30 minutes.

4. Before you are ready to take the four GyMiso tablets you need to take painkillers and anti-vomiting tablets. See instructions in your package.

5. 36-48 hours after taking the Mifepristone you should take the 4 GyMiso (Misoprostol in the purple box) which will start the miscarriage.

What should I expect after a TeleMtop abortion?

Most women bleed for 9 —15 days but some have bled for up to 70 days. However, if you haven’t started to bleed within 24 hours, or if your bleeding is prolonged, call the clinic.

In a week you will need to go back to the pathologist for a second blood test to make sure you are no longer pregnant. The pregnancy hormone level will have dropped significantly but will still be positive.  We will contact you after we have received the results to check that everything is okay.

The bleeding may be light, like a heavy period, or heavier than a normal period. It may last for two weeks or more and there can be clots. The heavy bleed usually settles after a few hours. It can begin thirty minutes after taking the misoprostol tablets and it may (rarely) last as long as 70 days. The next period is usually expected four to eight weeks after the miscarriage. This period may be heavier, more painful, more prolonged than your usual one. Haemorrhage requiring blood transfusion is reported with overall rates of approximately 1 — 2 in 1,000 women.

Cramping is a natural component of the miscarriage process and may be worse than a normal period. Pain is most intense during expulsion. It may only last an hour or two or, it may last for twenty four hours.
Take pain killers an hour or two before you take the GyMiso. We will give you a prescription for strong pain relief (Panadiene Forte). You can also use Nurofen or Naprogesic.

We can’t say exactly when your miscarriage will happen. Most women will miscarry within four hours of taking GyMiso. You need to choose the right time in your daily routine to take the GyMiso and pain relief.

You may be able to see the pregnancy tissue once it has passed. It may be a small sac of greyish looking tissue. It is possible but unlikely that you will see a foetus.

Ovulation may occur from ten days after the telemedicine abortion so you should use contraception as soon as the miscarriage has finished. If you would like to use the contraceptive pill, you should take it on the same day as the GyMiso, or the day after.

We don’t know what effects mifepristone and GyMiso have on a breastfed infant. GyMiso can cause vomiting and diarrhoea. Because of this we recommend that GyMiso should be taken immediately after a feed and the next feed should not take place until six hours later.

Risks Associated with a TeleMtop Abortion

Approximately 5% of women will have a failed TeleMtop termination and require a curette. Serious complications are rare but any medical or surgical procedure has potential complications.

Bleeding is expected with medical terminations. It is most likely to occur within four hours of taking the four GyMiso tablets. It may be much heavier than a normal period. We check your haemoglobin and if it is low, monitor your blood loss. The average bleeding lasts nine to fifteen days but can last as much as 40 days. Haemorrhage requiring a blood transfusion can occur with rates of 1 — 2 in 1000. There is a risk of death if severe blood loss is not treated urgently.

This complication causes very heavy vaginal bleeding with cramping pain. It happens when the pregnancy tissue has not been completely expelled from the uterus (5%).

What if it fails?

There is a chance the TeleMtop can fail.  There may still be an on-going pregnancy.  Not many local hospitals will do surgical terminations. Talk to your GP. You will need to organise a surgical termination at a clinic that is convenient to you.  Information can be sent to you and if you would like, we can see you at Macquarie Fields (Sydney) or Coffs Harbour.

There will be a fee.  If you are a failed TeleMtop we will reduce our fee by 25%.  It is important to have a termination as the TeleMtop is associated with a chance of foetal abnormalities.

Some women have persistent retained tissue and blood. They may have continued bleeding for weeks and rarely months. Sometimes more GyMiso (Misoprostal) can help the uterus to push out the tissue. But sometimes a curette (also called a D&C, or clean out) is needed.  A local hospital can arrange this on medicare and may be able to give you more GyMiso.  The clinic can do this but there will be a fee with a 25% discount. (link to surgical page)

Pelvic infection after medical abortion is uncommon. The symptoms of infection are abdominal pain, elevated temperature and vaginal discharge with or without bleeding. When properly treated, future fertility is not affected. If you feel very unwell or have a temperature over 38 degrees go to hospital.

About 1 in 200 pregnancies grow in the tube and not in the uterus. TeleMtop abortion is not possible with this kind of pregnancy. If you have an ectopic pregnancy you will be admitted to hospital for treatment. Ectopic pregnancies are very serious and may cause death.

Major emotional or psychological problems after a TeleMtop abortion are uncommon. They are more likely if you have a pre-existing problem or are pushed into a termination against your will. Your GP can refer you to a counsellor.

Birth defects are normally 2 – 3%. The abortion pill is not known to increase the risk of birth defects, but foetal malformations have been reported after first trimester use of GyMiso. Therefore, you have to complete the abortion once the procedure has begun. You cannot change your mind.

Allergic reactions to the mifepristone or GyMiso are very rare.

Scroll Up
We use cookies to ensure that we give you the best experience on our website. If you continue to use this site we will assume that you are happy with it.Ok